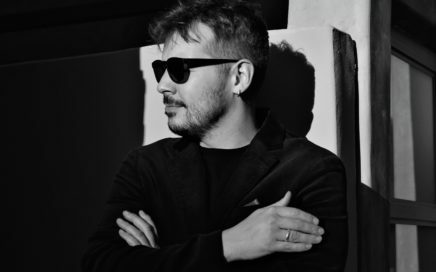 Hi, I’m Sergey Ramz. I was born in 1985 in the city of Moscow and perhaps this fact predetermined a lot. From the very beginning I grew up surrounded by the best national museums and theaters where my loving parents took me often. Nevertheless, despite all their efforts my attention was completely focused on cinema, so in my spare time I began to wander around video rentals which opened in Moscow then.

However, I am not one of those guys who received a camera as a gift in their childhood and since then decided to become directors.

My parents worked in advertising, and I started to hang around locations where distinguished filmmakers shot the very first commercials in our country.

The prestigious school in the city center and the absence of any desire to join the army made me entering the Faculty of History of Moscow State University. There I took courses of Archeology, History of Art and Soviet cinema at my own pleasure and also while studying I worked part-time for advertising production companies.

I managed to work almost in all the positions in advertising from copywriter to producer and only in 2015 I finally entered Film Directing department of Moscow Film School, joining Alexey Popogrebsky’s workshop. Since then I’m focused solely on directing.

I came to this profession at a certain age when it’s no longer necessary to talk big and tough
about the things you don’t really understand. I clearly know my specialty and I’m not trying to be universal. My advertisements are not so much about unprecedented cuts or bright patterns (although both the pace of editing and the color palettes are, of course, very important for me on every project). My background is film directing, hence the corresponding specialty: cinematographic advertising, in which the plot, work with the actors and visual aesthetics mean a lot. This is a team sport for me and I believe one simple rule to be of the great importance: advertising should exactly produce the result, which is expected. And to make it happen I’m ready to contribute all my experience, talent and imagination to each video.