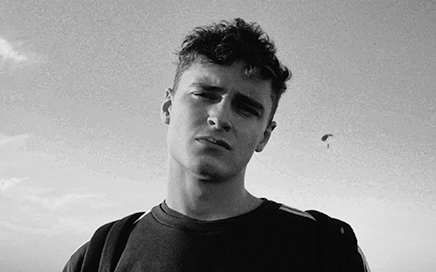 Ever since childhood, creativity has fascinated me, and even today I haven't stopped imagining, dreaming. At first, I was attracted to the world of music. At that time I did not think that I would engage myself with the art of cinema. Gradually music was replaced by sport - free running. It made the life of a teenager more diverse and interesting, as well as gave me a lot of cool skills. At first, I was the one behind the camera. In those days it was trendy to use active kids in numerous projects. I was invited to partake in something like that. We were shooting at one of the pavilions of Kazakfilm and it was the first time I got on the set. Looking at the shooting process, I was mesmerized. It was exciting work involving a huge number of people to create a visual product. The experience of that day was delightful! Years later I am absolutely sure that that day was the starting point. The obsessive idea to dedicate my life to the world of cinema became firmly planted in my head. I was 15 y.o. I kept on jumping, while dreaming to act, until I got injured. While recovering, I picked up a camera to shoot my friends’ free running moves. Clearly, my new hobby soon became more than just shooting just moves. I liked shooting. I liked to be in the creative stream. Essentially the world was my canvas, and the camera was my brush. Thanks to the High School of Self-Education I moved to Moscow and started hanging around with the movie people. They were really passionate about their profession and kept the young guys glowing with enthusiasm too. I learned, watched, and asked my mentors to share their experience, so that I could digest it and use it in my work. My craving for the sublime along with a kid’s curiosity help me move ahead as a creative person. I am able to, and, what’s more important, I voraciously strive for, creating new beautiful things!