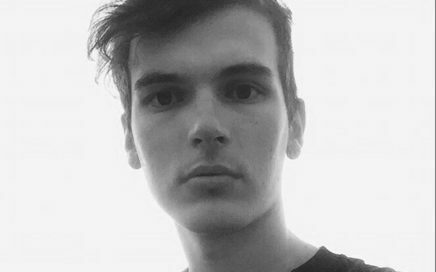 I grew up in the Moscow region in Mozhaisk. At the age of 17 I entered an art college for arts and crafts, then I got my first camera, so I began to study the world of visual art.

In 2012 I graduated from college and moved to Moscow, then I entered the architectural institute for graphic design, but studied there only for 2 months and left in search of myself. At that time, I realized that I was interested in developing in visual art, and so I began to shoot more and more actively.

In 2017 I shot my first music clip as a director and then I realized what I want to do — it was directing. At the moment I have worked with such artists, actors and bloggers as: FEDUK, Levan Gorazia, VACíO, OFFMi, Dose, Irina Gorbacheva, Wokawonna, Malbec, Suzanne, Yulia Gavrilina, Danya Milokhin, Katya Adushkina and others. I also worked with such brands as: Veet, in filming in Spain and China for the LIME brand, in filming in Ireland for Tulmore DEW whiskey, in filming an image video for real estate PLAY, RED7, NV / 9 and others.

Together with with directing, I also write and produce music, and perform as an artist — my stage name is MIPUNGA. I think music helps me to feel the picture more strongly and show emotions through it. I perceive each project as the creation of a separate unique world with its own history, with its own elements of style and rules. I also experiment a lot with the picture, shooting methods and interesting visual solutions. In all our shootings, together with an artist or a brand, we try to make something unique and creative, something that will look interesting and beautiful